The North Mankato City Council is poised to move ahead with $5 million in upgrades to the Caswell Park softball fields, soccer complex and to finalize design plans for an indoor recreation facility. 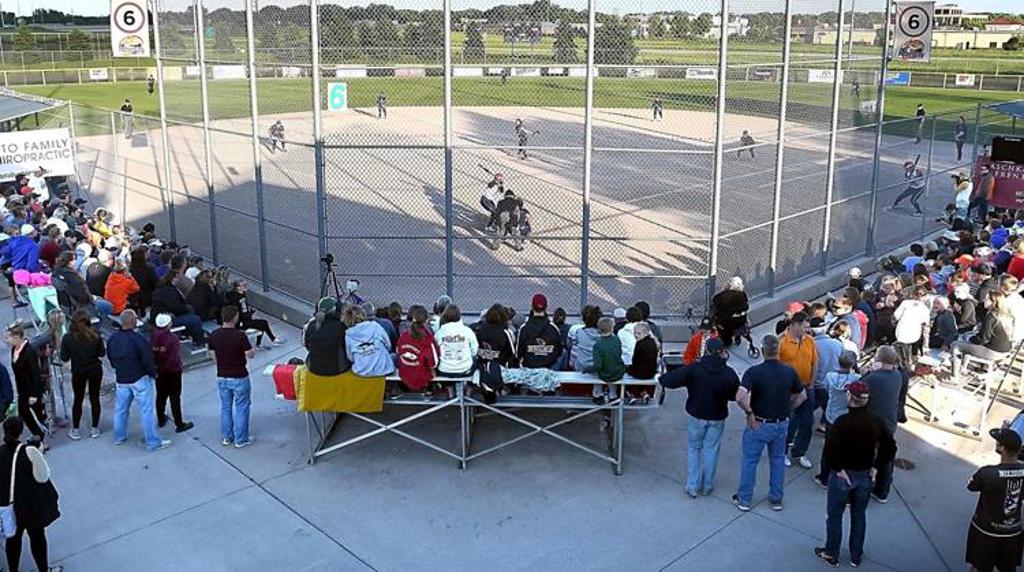 Fans watch a game at Caswell Park. The city is poised to spend $5 million in upgrades to the softball and soccer fields at Caswell, as well as creating final plans for a proposed indoor recreation facility adjacent to Caswell.

The North Mankato City Council is poised to move ahead with $5 million in upgrades to the Caswell Park softball fields, soccer complex and to finalize design plans for an indoor recreation facility.

The original Caswell complex opened 35 years ago with softball field expansions and the addition of the Caswell North soccer complex added later.

“I think it will generate a lot of excitement in the community and in the (sports) user community,” said Mayor Mark Dehen.

At their regular meeting next Monday, the council is expected to approve a financing package for a variety of work.

They plan to begin the work in early September — after the Labor Day weekend and the last tournaments of the year — and have the work done by winter.

The funding will come from $2.3 million in local sales tax funds, a $2 million grant awarded by the state last year, and $700,000 donated by local softball and soccer user groups.

Dehen said it’s important to approve the projects and put the local money into an escrow account soon so the state will then release the $2 million grant. He said city staff can then work with engineering and design firms and let bids for the work so it can get started after Labor Day.

About $2.65 million of work will be done on the softball complex, including replacing all fencing and backstops, shading for spectators, lighting upgrades, an expansion of the size of two fields, six new scoreboards, video-streaming upgrades, additional spectator seating and expansions and upgrades to the concession stand and restrooms, including making them ADA compliant.

City staff said expanding a couple of the fields will make them “championship” fields that will draw more large tournaments.

Some of the fields also will get upgraded, brighter lighting.

Finally, the council is expected to approve $500,000 to develop detailed engineering and architect plans for a hoped-for indoor recreation facility that would be built at the Caswell complex.

Dehen said having “shovel ready” plans will help the city as it again seeks bonding money for the project from the Legislature and governor.

In 2016 voters approved extending the local sales tax with money targeted at city parks, trails, the library and Caswell.

The city has in recent years completed most of the development of the newer Benson Park on the city’s northern edge, created a native prairie and new lookout at Bluff Park, as well as doing other trail and park work.

In 2019 the city submitted a bonding request to the state for $10.5 million for the Caswell upgrades and a new indoor fieldhouse on city-owned property adjacent to Caswell Park.

The city argued that a new fieldhouse at Caswell Park represents an economic development opportunity and a way to improve the site as a regional destination. But in the end, North Mankato was awarded the $2 million to go toward upgrades to the existing facility. The city will try again for state bonding money for the indoor facility.